During the class we toured many different manufacturing facitilites in the Pittsburgh area and while visiting Covestro, an injection molding company, we were struck by how they are placing the burden of waste on the consumer. For this project, we were tasked to create a product to explore the product development cycle of a product, and with our expirence at Covestro, we wanted to make some way to turn waste plastic into something useful.

In our school's makerspace, we have an DIY injection molder and we wanted to make a shredder that would allow someone to take used plastic, shred it, and then put the shreds into the injection molder. 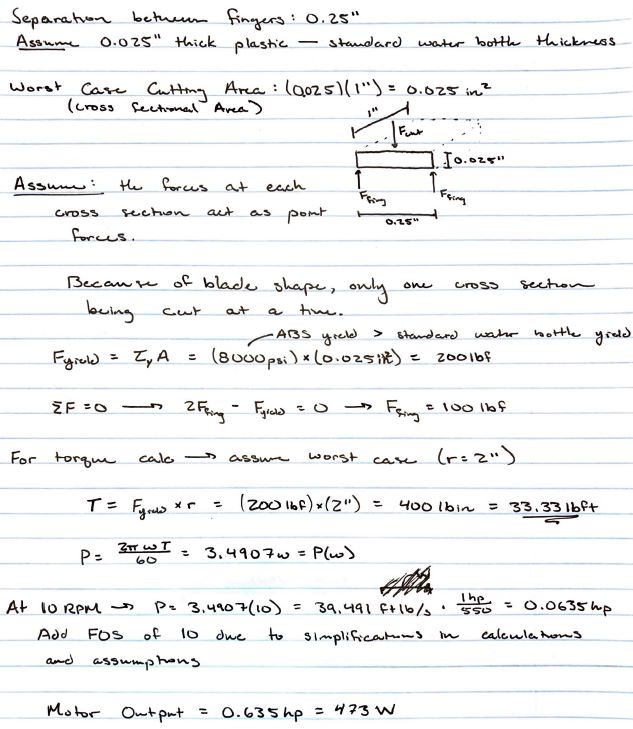 There were many important aspects that needed to be considered, especially if we were to deliver a working prototype. All these decisions had to be made in relation to eachother, but there were a couple major design decisions that had to be taken into consideration.

The final design is centered around a shredder with 5 aluminum blades powered by a drill being fed into a 100:1 planitary gearbox. Because of our time constraints and because this was designed as the first prototype, we decided that adding safety features was less important than feilding a working prototype.

The manufacturing of this shredder was quite involved as it required the CNC'ing of all the cutting blades and their interfacting fingers. Because of this, fixturing had to first be made for both the blades as well as the fingers. Once the blades and the spacers were made, we used a broach to make key slots. We would have liked to use a hex broach, but the machine shop only had key broaches. 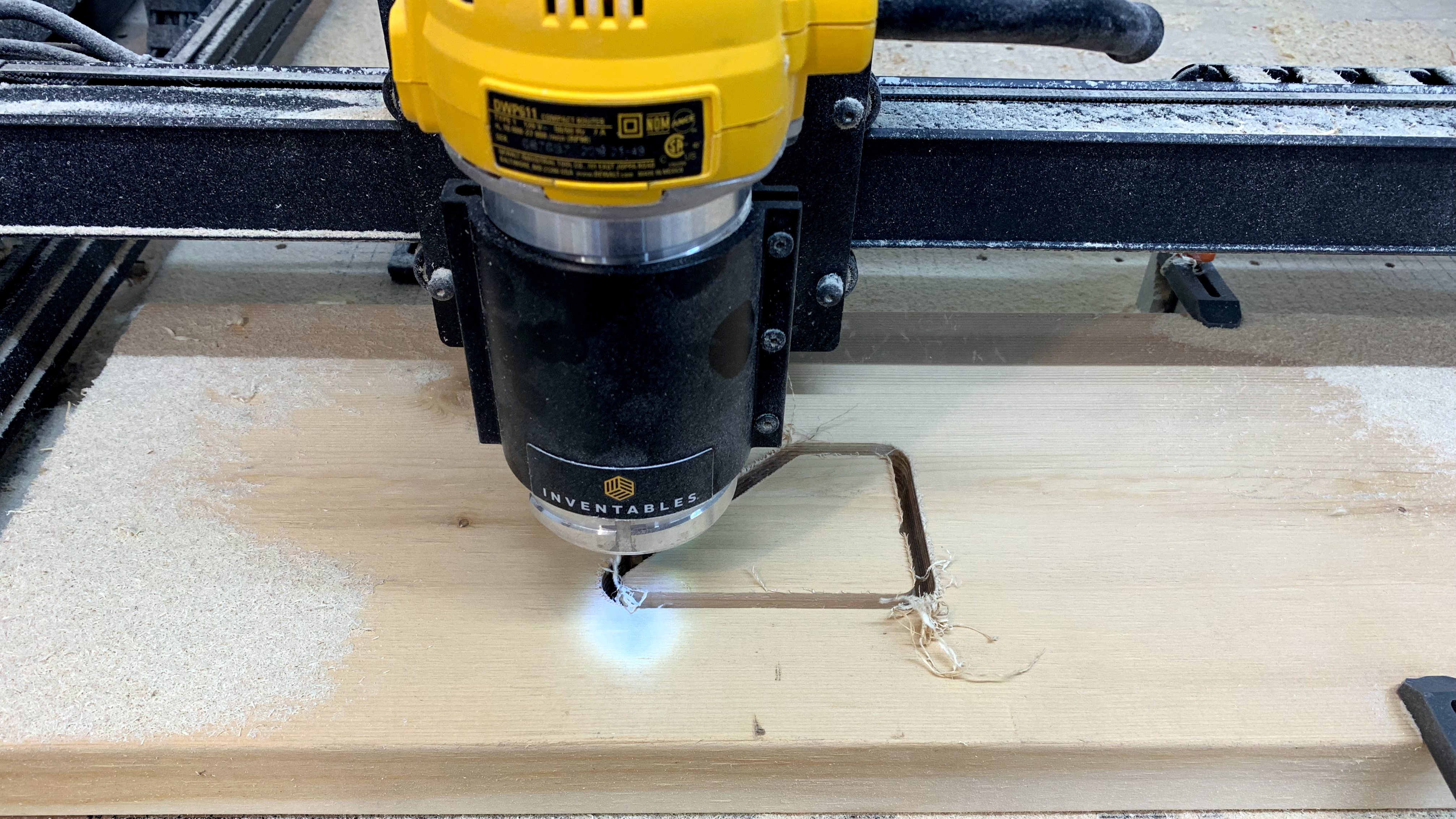 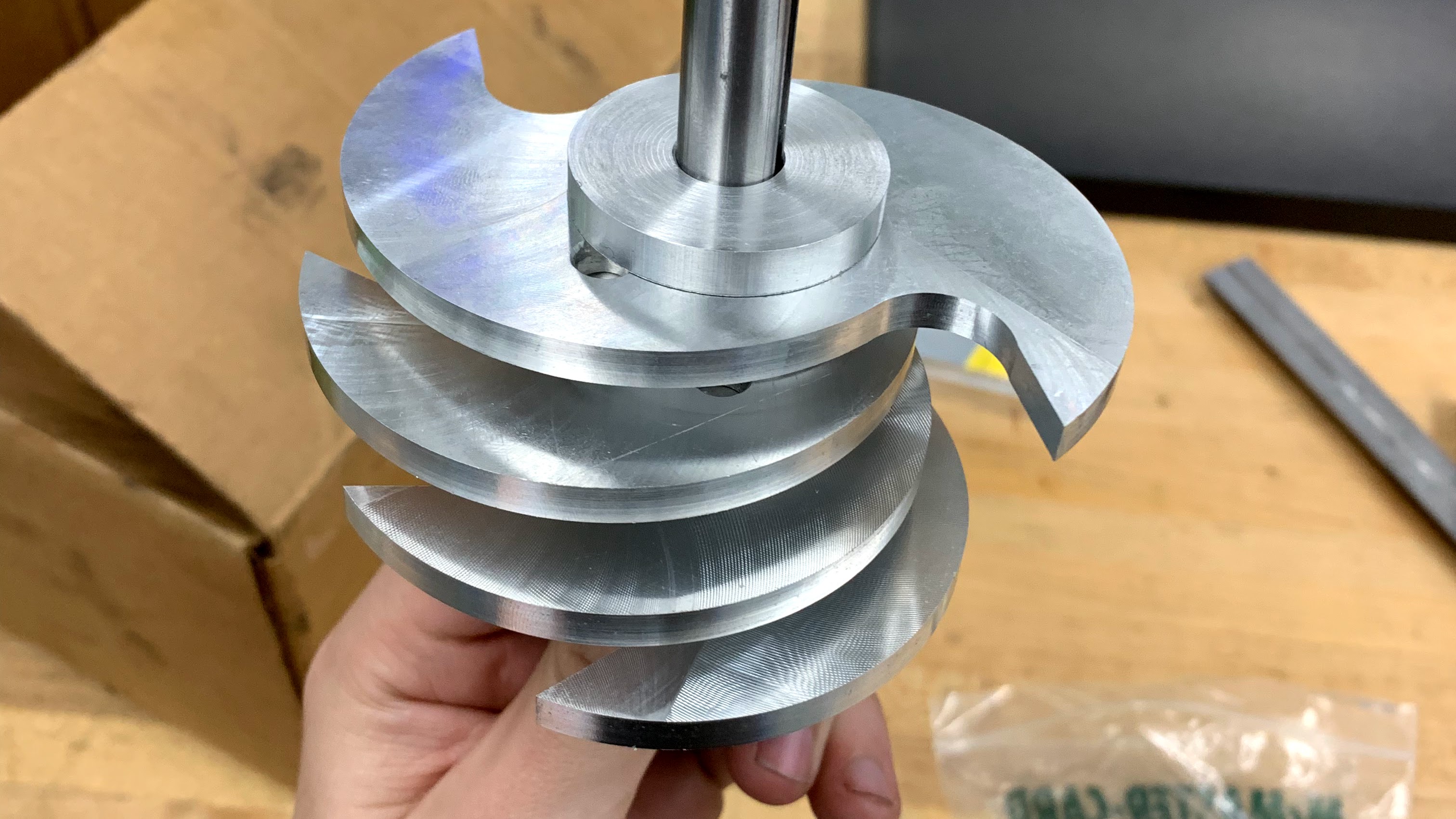 Once all the machining was complete, we assembled the components and realized that the broaching occured at a slight angle. This was causing rubbing between the outer blades and the shredder walls. To correct this, we added a couple shims to the assembly to give enough space for the blade assembly to spin freely within the box. 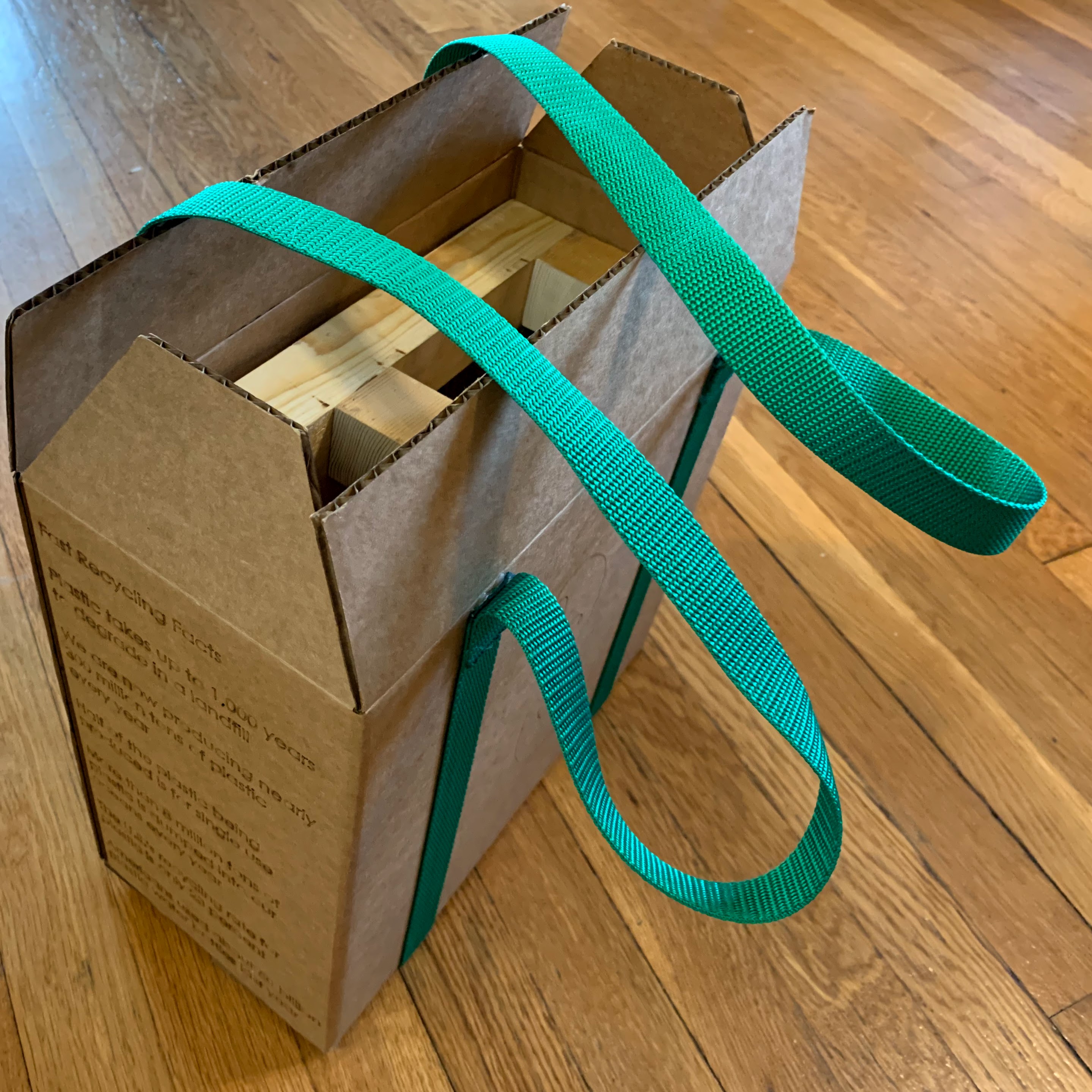 One of the other important aspects of this project was to determine packagaing for the product. The goal for us was then to create packaging that not only created an enjoyable expirence to the consumer, but also have packaging that was sustainable in nature. That meant not using traditional packaging items, such as packing peanuts, as we wanted to have limited enviromental impact.

The strength of the package was bolstered by using nylon straps to act as support for the bottom of the box. These straps also doubled as a convienent way to carry the package. Another thing that we did was to place the shredder upsidown within the package. This meant that when the consumer opened it, there was a convienent handle for them to grab to safely lift the shredder from the package. Lastly, we added some recycling facts and suggestions on how to use the sgredder plastic on the sides of the box, and finished it with a logo on the front.

We were able to produce a working prototype that could handle a multitude of materials. From aluminum can walls, to water bottles, to water bottle caps, the shredder performed admirably. We did not push the shredder to its limits as we feared that the blades would fail due to only using a key. If we were to make a second version, we would use a hex shaft to resolve this. Overall, we were very happy with how well it worked.

If you have interest in making your own shredder, you can download everything you need here. 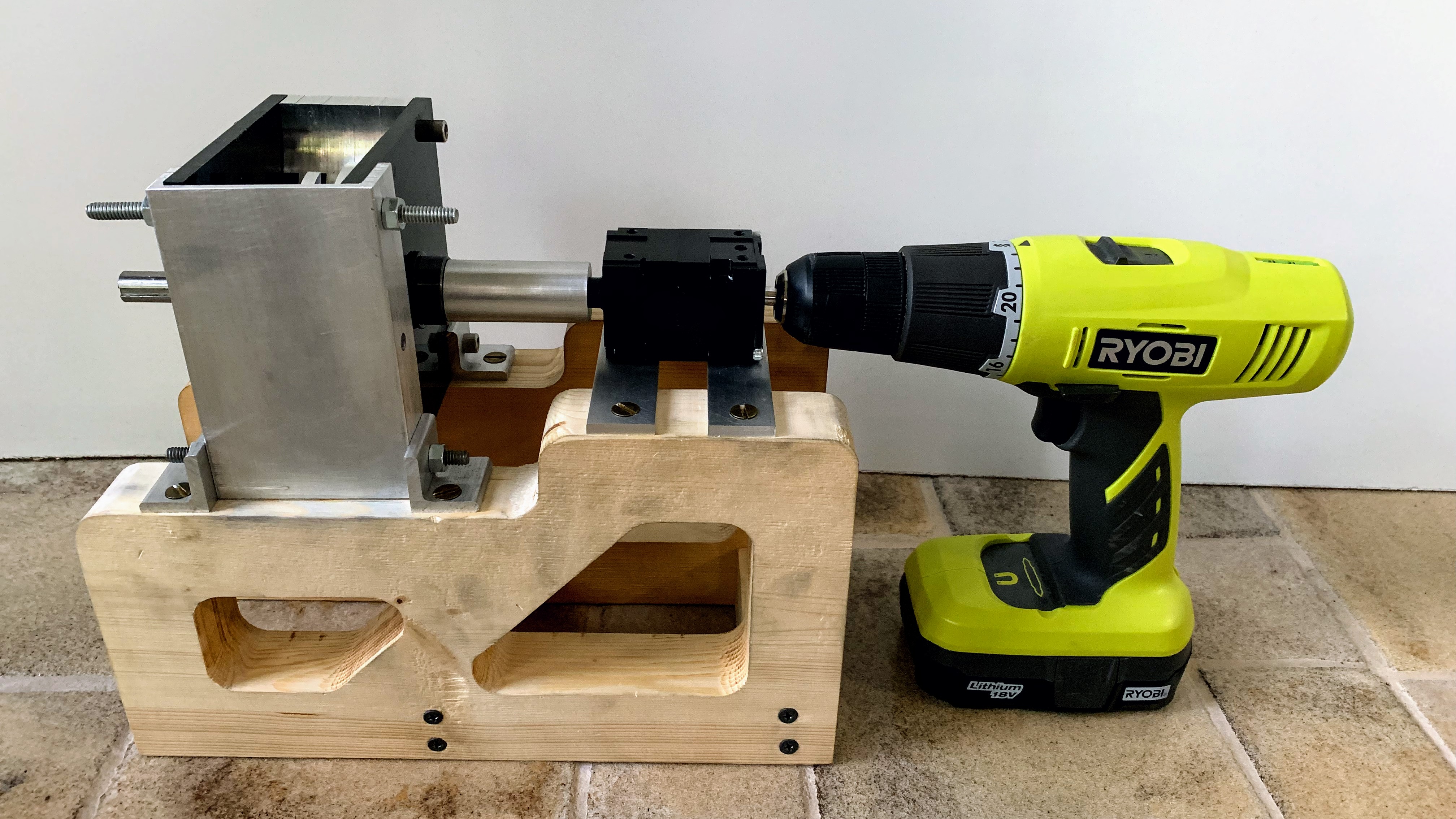 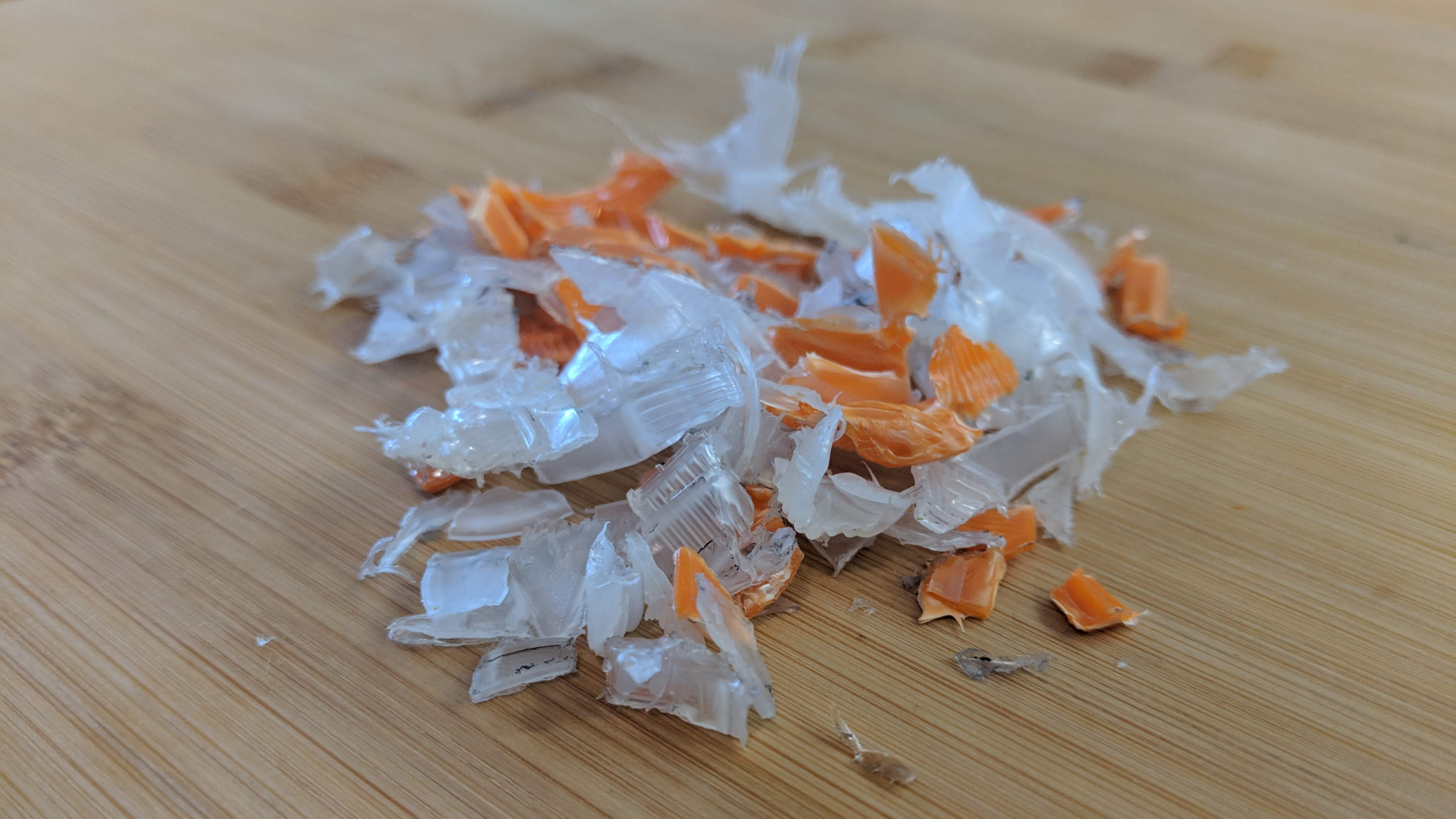