My Summer at GE Additive

GE Additive is not only GE's newest branch, but it is the most innovate branch in the company. Through developemnt of both Direct Laser Metal Melt (DMLM) and Electron Beam Melt (EBM) technologies, GE has poised itself to be a leader in a rapidly expanding industry. GE has developed its own line of printers, including the first meter class DMLM machine, Atlas.

During the summer of 2017, I was a mechanical engineering intern working on the team responsible for the Atlas project. During my time, I focused mainly on assisting the other engineers with print charecterization, machine calibration, and troubleshooting of the MVP version of the printer. My main project was to create an all encompasing standard operating procedure (SOP) document to outline not only the safety risks involved with the machine, but also outline all the neccessary procedures to operate the machine. This SOP document that I created was so well recieved, that it is currently the standard for devloping further SOP's for developmental machines at GE Additive.

Towards the end of my internship, I was given a project with another intern to produce a system that could better automate the powder removal from Arcam (EBM) builds. If you have ever worked with an EBM machine, you know that when the build comes out of the printer, the unused powder within the build volume has formed a solid that resembles a very weak sandstone. The general practice is to have a technician then remove the unused powder in a powder removal system that uses recycled powder like a sandblaster. This process works for developmental parts, but is not scalable for production.

The goal of this project was to create something that would automate this powder removal process and thus it had a few major constraints: 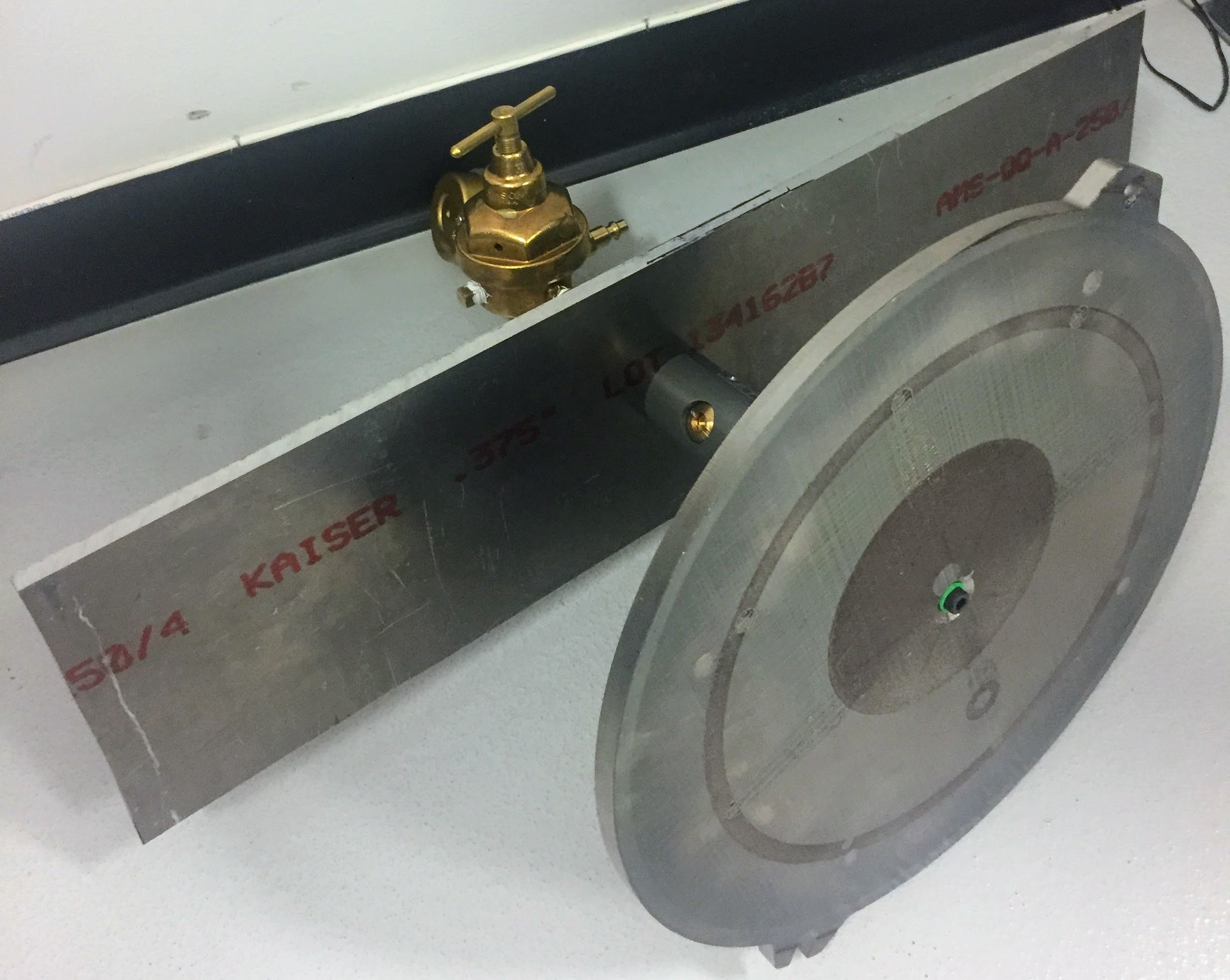 The solution that we came up with had a couple components to its design that can be seen in the prototype pictured right.

This valve was designed to be used in a completly different way than most T junction valves. In a standard valve, the user rotates a component and the flow travels in one of two directions. Because we wanted our system to turn on when you lifted it up from its resting position, we needed a valve that changed its flow into the component that you just rotated.